John had a successful career in finance and accounting in Fortune 500 companies for over 25 years, but his passion has always been outdoor leadership and teaching young people to apply Biblical principles to every area of their lives by using everyday life, experiences, and circumstances to teach them by the way.  The philosophy of Artios Academies was truly an outgrowth of John and Lori’s approach to raising their own children.

John has been actively involved in the development and oversight of Artios Academies since its inception in 1998 and joined Artios full time in 2010.  John was an actively involved homeschool dad for 22 years with an avid interest in history, worldview and government. He was been involved with a myriad of youth centered activities since having children of his own thirty-five years ago. He was been an active Boy Scout leader for eighteen years, coached a variety of baseball teams and led the South Park High School baseball team to their first District Championship as a high school baseball head coach.

John has taught worldview, government, and history at Artios Academies, served as a campus director, and now serves as the Executive Director of Artios Academies and is intricately involved in planning the growth of Artios, mentoring the campus directors and campuses around the country, and in maintaining integrity to the Artios vision and mission. 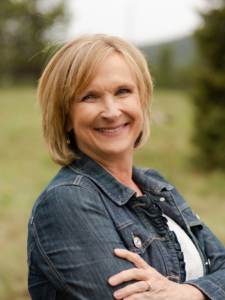 Founder and Head of Schools

Lori Lane is a homeschool veteran of 22 years and has been associated with the arts and education for over 38 years. She and the love of her life, John, have been married for 38 years and have four sons ranging in age from 23 to 36.

Lori holds a Bachelor’s degree in Piano Performance and a Master’s degree in Music Education. She was a frequent competition winner, including one of four national winners of the Baldwin Piano and Organ Fellowship teaching competition, and a speaker at the National Music Teacher’s Convention. In addition, she was a panelist for two of the nationally broadcast National KTV Video conferences for private music educators across the country.

Formerly the director of Southside Private Musicians and Lane Music Development Centers in Greenville, SC, she has directed and produced many children and youth choirs and stage productions, as well as being a speaker at local and national music education conferences and various homeschool conferences across the country. Lori has taught history, language arts, classroom music, theater, and has directed theater productions in South Carolina, Georgia, and Colorado. Her favorite productions thus far have been:  White Christmas, My Fair Lady, Our Town, and Jane Eyre – The Musical.  She was recently a finalist for the Charles Nelson Reilly Stage Directing National American Prize Competition for her most recent production of Jane Eyre the Musical with Artios of Greenville.  In October of 2021, Lori was named the 2021 Bob Jones University Alumna of the Year.

Lori began the Artios Academy for the Visual and Performing Arts as an advanced level arts program for homeschooled high school students. That program has now grown to include and integrated arts and academics program for K-12 and a performing and visual arts program for high schoolers.  Lori served as the National Executive Director of Artios Academies until May of 2019 overseeing curriculum development, the development of The Artios Home Companion Series curriculum, staff training, director training, and parent education for Artios campuses across the country. She now serves in a mentoring position as Head of Schools.  Lori is the also author of Beginning with the End in Mind.

All four of their sons, John Michael, Jeremy, Jordan, and Jared, are homeschool graduates. Their three oldest sons are married and they have been blessed with seven grandchildren so far. Their youngest son is currently in graduate school at the University of Northern Colorado. John and Lori reside in the central Colorado Rockies where they enjoys horseback riding, hiking, and skiing.